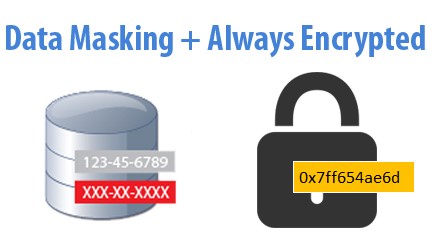 What Dynamic Data Masking Is 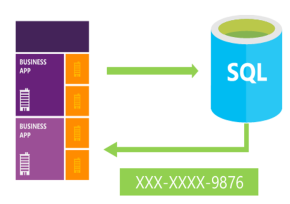 In the example below, assume there are only two roles of users. The first role is Sally in charge of fraud investigation. The second role is John who is in customer service. Sally requires access to all data to complete her job while John only needs a few elements and maybe the part of the customer’s email address to verify identity. Both users query SQL Server for the customer information, but Sally is able to see the entire email address while John can only see certain parts of the email address. 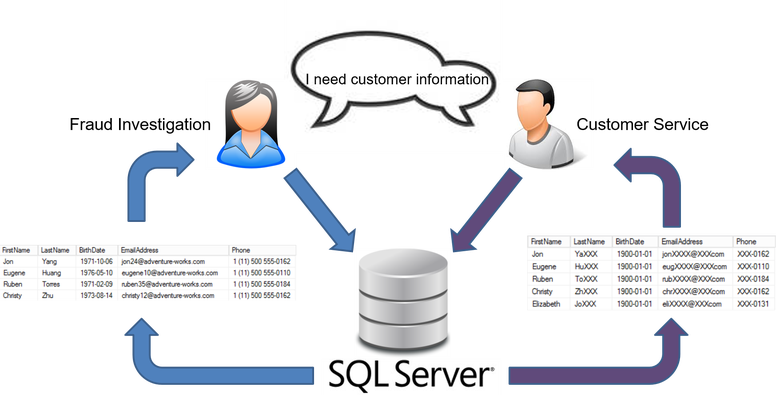 What are the benefits of data masking? What are some specific reasons it should be used?

SQL Server 2016 and Azure SQL DB are the only platforms currently supporting data masking.  Azure SQL DW will support this feature in the near future while APS will be supported with AU6.

The key concern I had looking at data masking was whether it would support all formats that I may need.  The short answer is that I don’t feel that it does. I think they try to solve the flexibility issue with the partial function, but it isn’t very flexible.  I have hopes this will be expanded with future updates.  Below are the data masking formats currently available.

To interact with data masking for SQL Server 2016, use the following syntaxes:

So, this is all fine and dandy and seems like it may work alright, but let’s get to the meat and see what limitations there are.

In the example above, when converting a masked column to another string, all business value disappears and the column is completely masked.

In the example above, although the column has applied data masking, remember that the data still resides unmasked in the database.  This means that predicate logic can be applied to infer masked values.

Another example would be John wanting to know Frank’s salary information.  The salary column is masked, but this value can be derived using <, >, etc.  Eventually John can pinpoint what Frank’s salary is.

The bottom line is that data masking is not the most secure option, so if data needs to be secure, there are other options such as Transparent Data Encryption and Row Level Security and Always Encrypted.

Always Encrypted is a data encryption technology that helps protect sensitive data at rest on the server, during movement between client and server, and while the data is in use, ensuring that sensitive data never appears as plaintext inside the database system.

After you encrypt data, only client applications or app servers that have access to the keys can access plaintext data.

There are 2 encryption types that can be selected, deterministic and random, each of which has different attributes and the business needs will determine which one.

Once the encryption type is chosen, keys will need to be created.  These will generally be created by a security and/or compliance officer.  These keys are what will be used to encrypt and decrypt the data. The only encryption standard currently available is AEAD_AES_256_CBC_HMAC_SHA_256. 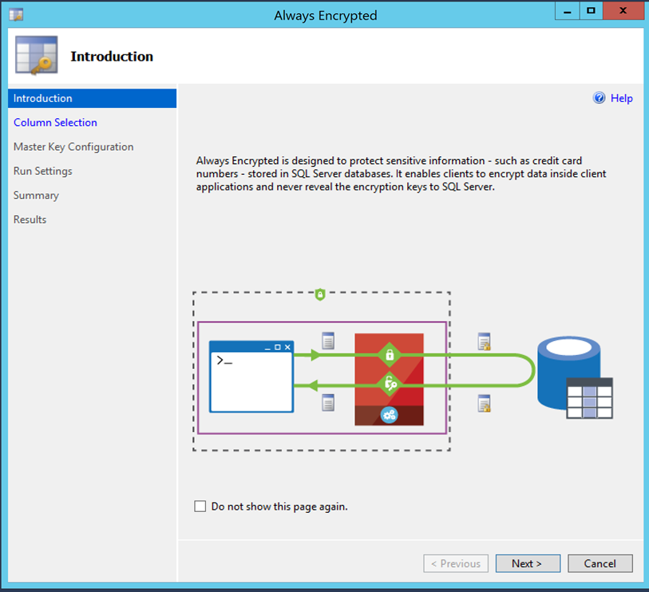 3. Choose the table column to encrypt 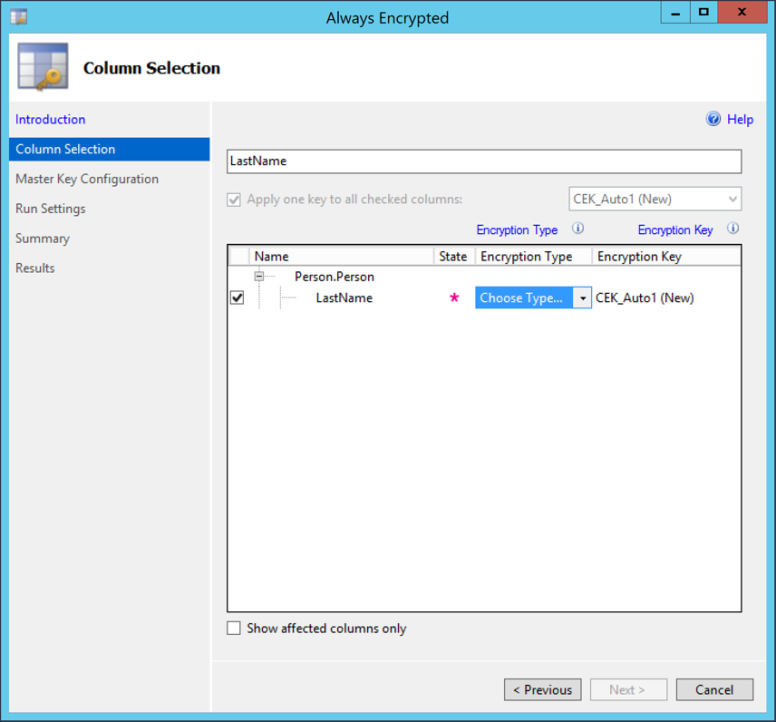 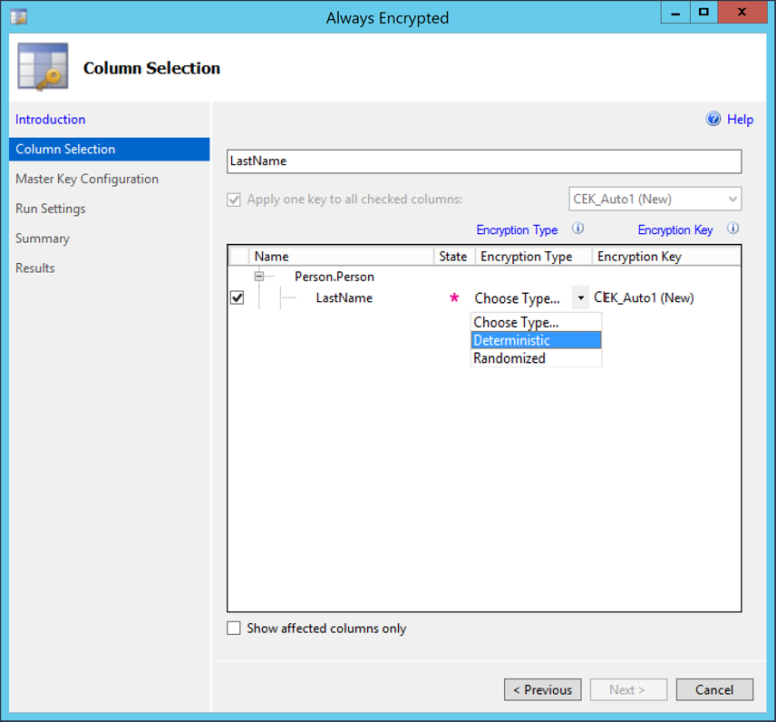 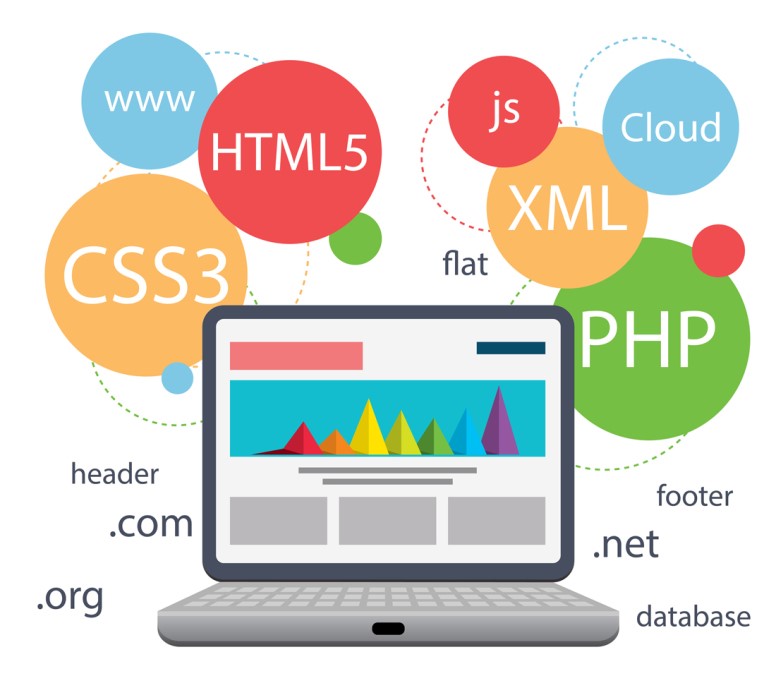 Limitations and Technologies NOT Supported

Whew, that’s a mouthful.  It’s clear that this is a new technology and a first iteration. Polybase has been around for years, Query Store is a newer version of Extended Events, etc.  So while some SQL Server 2016 technologies are relatively complete and stable, Always Encrypted still has some work to do.  The limitations will weigh heavily in your architectural approach.

Selecting the Right Technology……or Both?

Is Always Encrypted superior to data masking?  Should I should always choose this?

The short answer is that one provides a higher level of security over the other, BUT each business use case will dictate the technology chosen, which sometimes results in them being COMPLEMENTARY!

Combining deterministic encryption AND data masking allows for the highest FUNCTIONAL level of security for data warehouses and relational databases.

If both technologies are selected collectively, be sure to encrypt all columns FIRST, then add Dynamic Data Masking, otherwise: 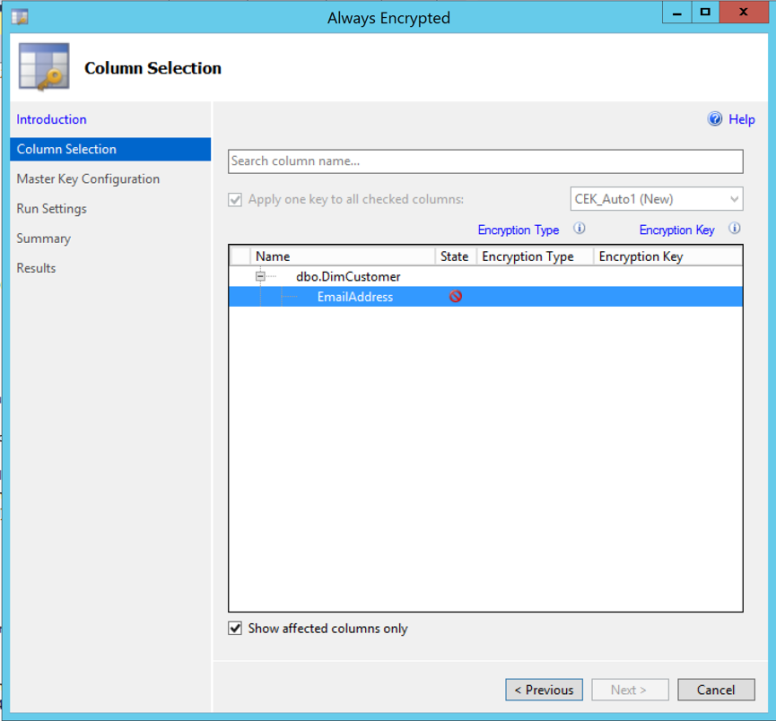 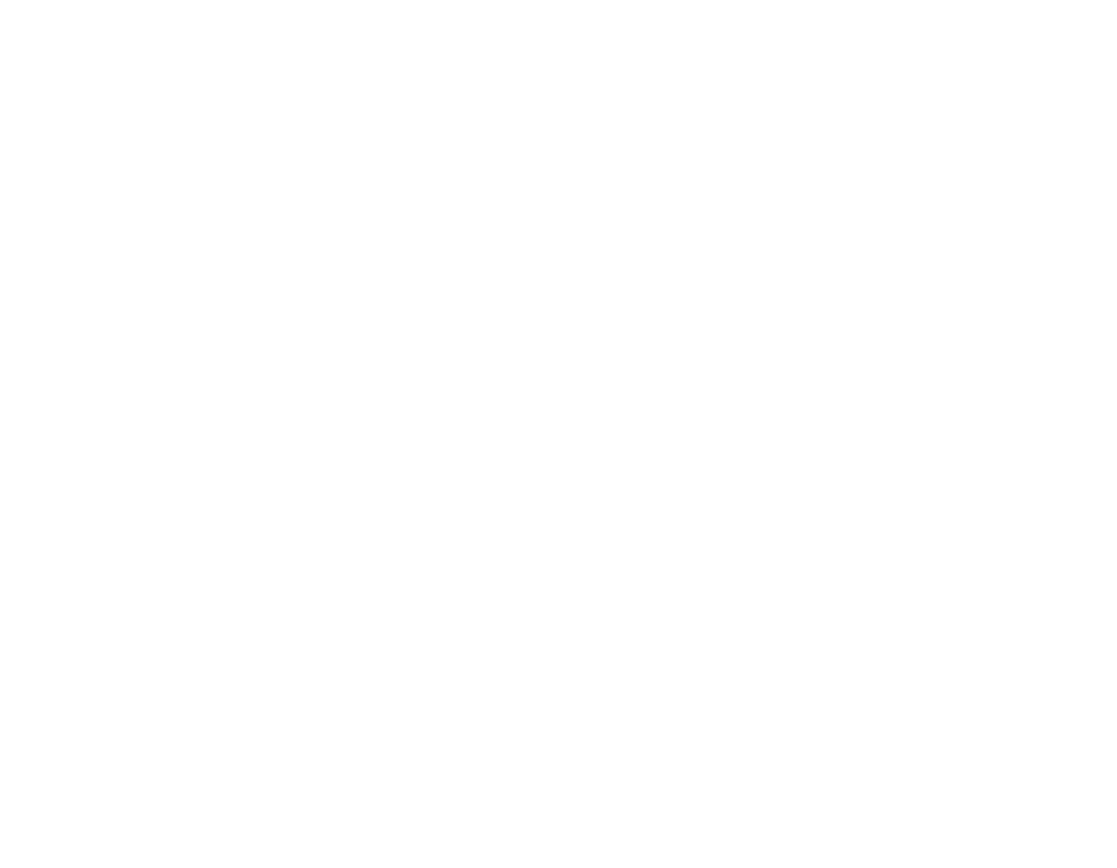 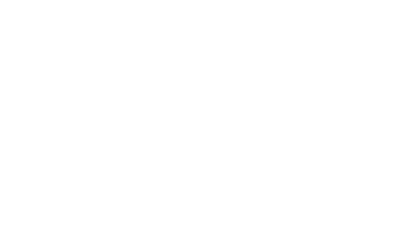